Hong Kong – 29th October 2018: Chayora Limited, an international infrastructure investor, developer and operator of hyperscale data centre campuses in China, announces the launch of the Chayora Academy following a well-attended lecture that it organised at the Tianjin Vocational Institute, Tianjin, China.  The event was held on 14th September 2018 and was attended by an audience of over 500 including representatives of the renowned university big data and telecommunications faculties.

The lecture was introduced by Professor Liu Bin, President of the Tianjin Vocational and was delivered by Dean Nelson of Infrastructure Masons, followed up with an announcement on the Chayora Academy launch by Oliver Jones, Chief Executive of Chayora.  The lecture focused on a comparison between the development of Silicon Valley and the predicted explosion in computing power requirements driven by advances in artificial intelligence taking place in China today.

China has set itself a mandate to become the world leader in artificial intelligence by 2025, focusing on developing sectors such as driverless vehicles, face recognition and intelligent robots, with a fund of 30 billion yuan (US $4.5 billion) for intelligent devices and intelligent upgrades for traditional industries. China’s northern port city of Tianjin has already announced investment of 100 billion yuan (US $15 billion) to support the artificial intelligence industry alongside a separate commitment of 10 billion yuan (US $1.5 billion) to promote intelligent manufacturing.  In response to these huge commitments, Chayora is building its first 300MW hyperscale data centre campus with nine individual DC facilities to accommodate international standard DC requirements in the Beichen district of Tianjin.

“China is leading the world with its national commitment on artificial intelligence right across the supply chain,” says Oliver Jones, Co-Founder and Chief Executive Officer, Chayora.  “With AI being embedded into more devices and IOT only in its infancy, we expect there to be a second explosion in big data processing, echoing the creation of Silicon Valley in the western United States in the 1980 & 1990s.  China and Chayora will be ready for this.  The Chayora Academy will be a focus for the international data centre community to foster the growth of top local talent for direct employment and will enable our customers to secure the same.”

Chayora is developing its plans for the Chayora Academy to have its physical base within the Tianjin Vocational Institute and will ensure that all operational personnel involved in delivering services at the Chayora Tianjin Campus in Beichen – whether directly employed by Chayora or customers, or employed through outsourced service partners, are fully inducted, trained and regularly retrained to achieve world-class service standards.

Tianjin Vocational Institute was first established in 1978, initially as the Chemical College of Tianjin University and by the end of 1982 it had transformed into Tianjin Vocational Institute, currently among 17 universities and colleges in China receiving World Bank funding. The campus covers over 766,000 sqm and has 27 advanced laboratories.  With 17,000 students it is one of the leading higher educational establishments in Tianjin with over 2,000 students enrolled on its telecommunications and data centre programme.

Dean Nelson commented: “iMasons is uniting the builders of the digital age.  Ensuring best practice and relevance, as well as seizing initiatives such as the Chayora Academy, which will develop linkages to leading universities in the US and Europe will help address the industry’s talent shortage.  I’m positive that my inaugural lecture will be the first of many from regular international visiting lecturers.”

Pictured below is Dean giving the lecture at the Tianjin Vocational Institute: 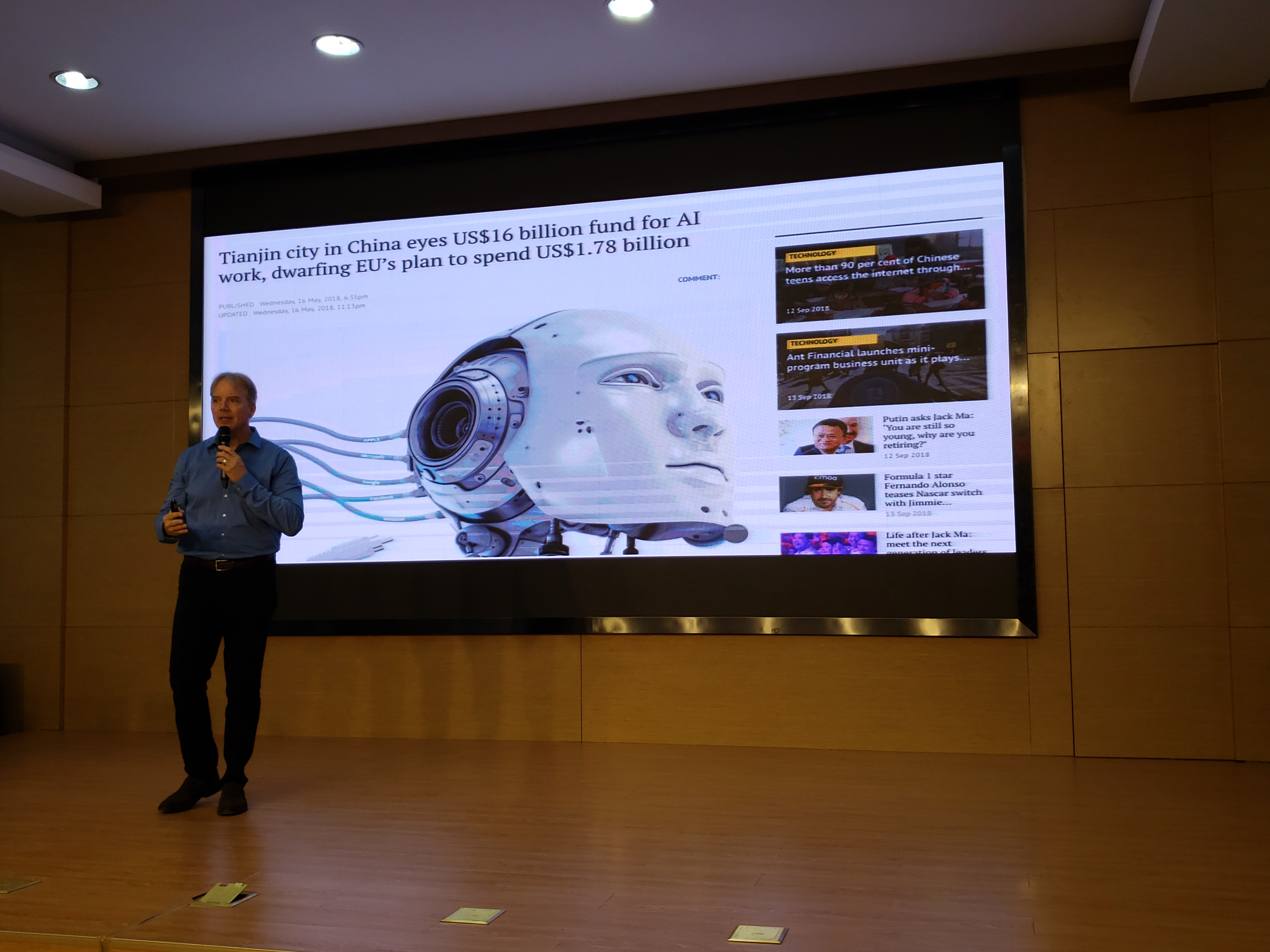 iMasons was established to provide leaders, executives and technical professionals in the development and operations of digital infrastructure an independent network and association within which to connect, grow their careers and personal knowledge and also to give back though time and investment in the next generation of sector professionals.  The organisation was founded by Dean Nelson, Head of Compute at Uber and a long-time leader in data centres and networks. Since its formation, iMasons membership, events, and industry participation have quickly accelerated to over 2,000 members in over 50 countries, now including the APAC region, after the launch of its new Local edition in September 2018 jointly with Chayora.