Significant capital has already been invested in advancing the route development including market analysis, permit and environmental studies and securing landing party agreements. To complete the funding of this $300 million project, ONI has engaged Commenda Inc., an Atlanta-based merchant bank. For the past ten years, Commenda has worked with family offices and corporate, strategic, and governmental funds as well as US and foreign banks to privately fund projects like the Caribbean Express network. 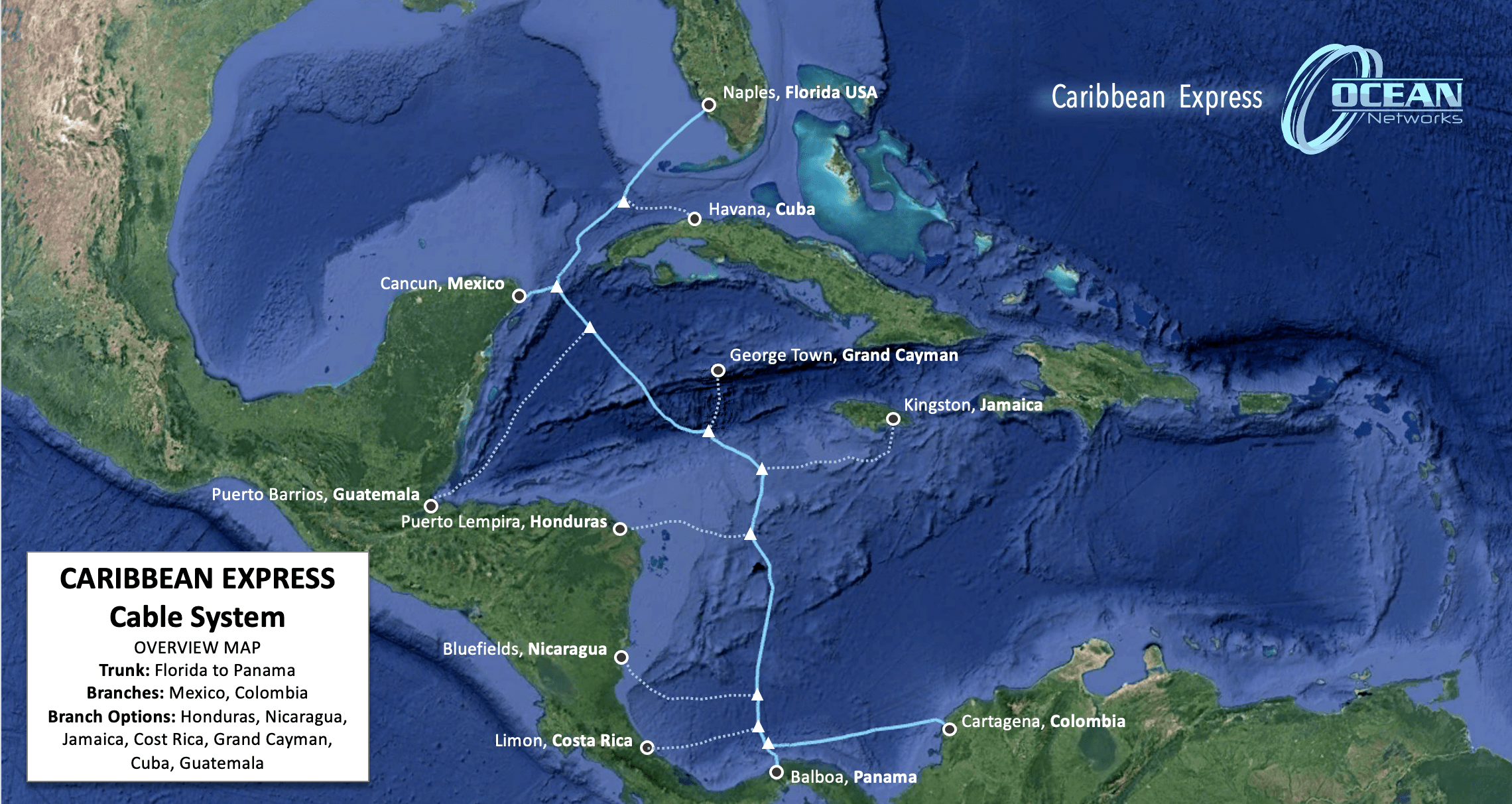 “The consumer demand for a new submarine cable system between Central America and the US is enormous. Traffic is nearly doubling every two years,” says John R. Runningen, a founder and principal of Commenda. “As a result, ONI has already received significant subscriber interest from large IT and telecom customers who are anxious to expand their presence in these new and under-served consumer markets.” ONI management has confirmed that several large corporate customers have already indicated an interest in either a dedicated fiber pair or managed bandwidth as soon as this high speed SDM system is completed in early 2024.

A new submarine cable system like ONI’s Caribbean Express, is critical to the economies of the Central and South American countries and it has strategic significance to all the companies that want to do business in these countries. As a result, there may be several governmental partners in this project as well. Because of this, ONI has positioned “Branching Units” in strategic locations along the route to easily enable future connectivity. The CX system provides quick and easy access to new markets with diverse routing options, high-speed connectivity, and very low latency. Upon completion CX will be the only system that can offer new dedicated dark fiber pair IRUs in the Caribbean market. In conjunction with the remaining capital commitments, supplier RFQs will be issued next month to selected system suppliers, with the awarded Contracts in Force (CIF) by July 2021. The estimated Ready for Service (RFS) date will be in early 2024.

Ocean Networks brings an experienced and accomplished team of professionals who on average, have each been working in the submarine cable system industry for 25 years. The ONI team combined has over 150 years of  experience and has worked on over 100 cable systems worldwide.

“We are excited about launching this new submarine cable digital superhighway across the Caribbean.” says Robert Hildebrecht, Ocean Networks’ CFO. “We selected Commenda to raise the balance of the capital for this project based on the experience of their team and their successful track record in advising rapidly growing companies like ONI. With the support of Commenda and the experience of the ONI team, we fully expect the Caribbean Express cable system to be completed on schedule and under budget”.

Commenda is an Atlanta based merchant bank that was formed in 2010 to provide innovative growth strategies and operational support as well as capital to optimize shareholder value. The company’s industry focus is growth-oriented companies with unique and proprietary technology in the communications, information technology, healthcare, infrastructure, and associated industries. The principals of Commenda have handled over 100 debt, equity and M&A transactions over the past 25 years valued in excess of $50 billion.