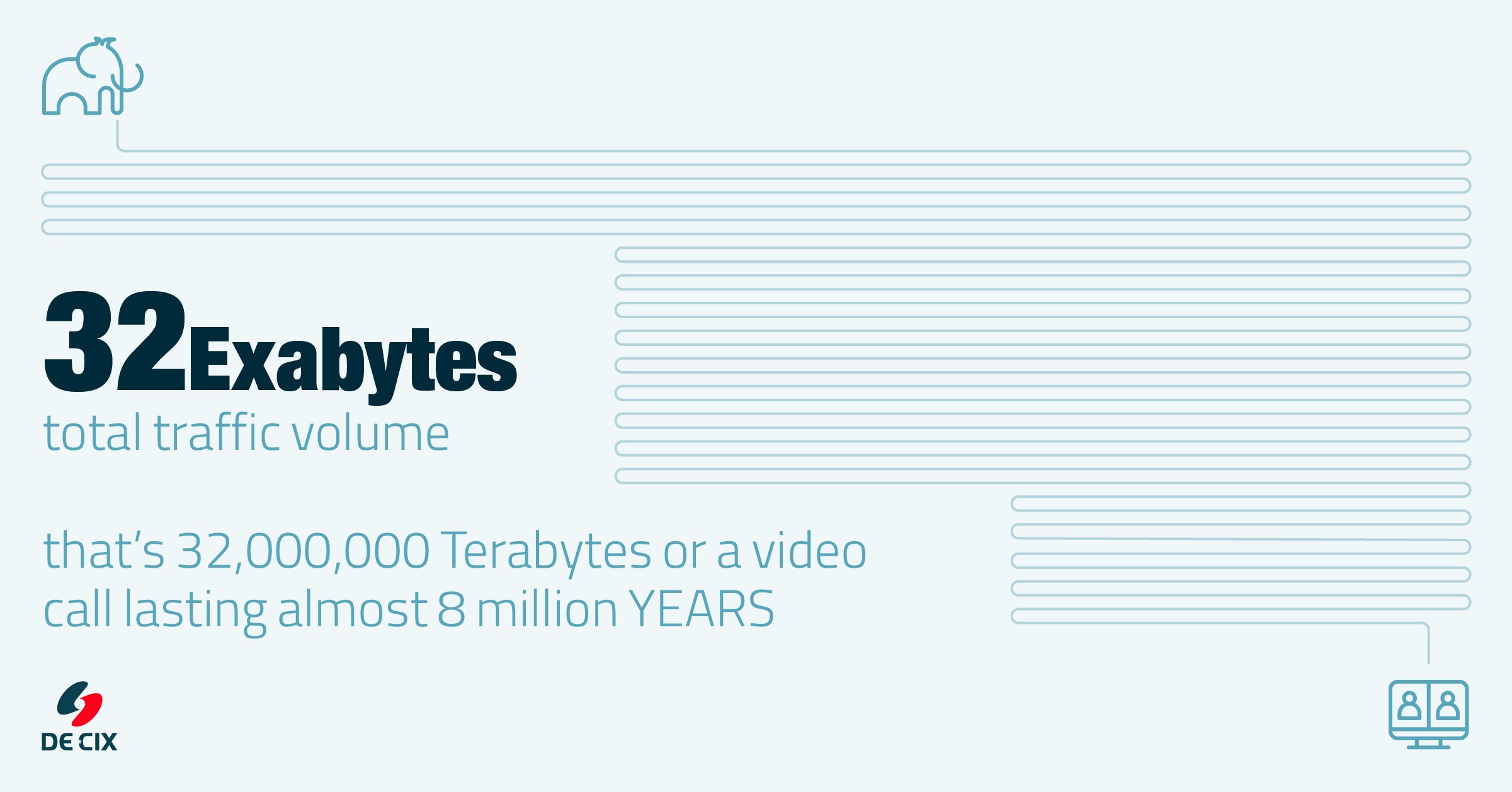 “We knew from the beginning that the Internet would withstand the extraordinary year of 2020 and the Corona pandemic, but to see such an enormously high figure now in black and white is quite something, and makes us very proud. At our Internet Exchanges, we have observed how data traffic has increased in the past year, especially in the areas of working from home (for example, video calls and VPN connections) and entertainment (for example, streaming and online gaming). Digital services and applications are more essential than ever, and must function with as little delay as possible,” said Dr. Thomas King, Chief Technology Officer at DE-CIX.

Record peaks at DE-CIX Frankfurt in 2020

Data traffic at DE-CIX in Frankfurt reached record peak levels twice last year: In March 2020 – during the first lockdown – a world record of 9 terabits per second (Tbps) of data throughput was reached. This was followed in November – during the German “lockdown light” – by another record, reaching 10 Tbps data throughput at peak times for the first time.

Some background information: How big is 32 exabytes?

DE-CIX (German Commercial Internet Exchange) is the world’s leading operator of Internet Exchanges. In total, in its 28 locations in Europe, North America, the Middle East, and Asia, DE-CIX interconnects over 2100 network operators (carriers), Internet service providers (ISPs), content providers, and enterprise networks from more than 100 countries, offering peering, cloud, and interconnection services. The combined connected customer capacity of all DE-CIX locations worldwide exceeds 70 Terabits, making it the largest neutral interconnection ecosystem in the world. DE-CIX in Frankfurt, Germany, with a data throughput of more than 10 Terabits per second (Tbps) and over 1000 connected networks, is the largest Internet Exchange in the world.