Frankfurt am Main, 17 November 2020. The world’s leading Internet Exchange operator DE-CIX reaches another important milestone in the year of its 25th anniversary. After the record of 10 Terabit data throughput per second at DE-CIX Frankfurt at the beginning of the month, DE-CIX can now welcome its 1000th connected customer at the Frankfurt location; the Duisburger Versorgungs- und Verkehrsgesellschaft (DVV). DVV is a multi-service group in the areas of utilities, mobility, and services, one of the largest employers in the Rhine/Ruhr metropolitan area, and is now connected to DE-CIX in Frankfurt. DE-CIX has been able to increase the number of customers at the Frankfurt location by 7.5 percent since the beginning of 2020. Thus, DE-CIX in Frankfurt am Main is still one of the largest Internet Exchanges in the world in terms of data throughput and connected networks. 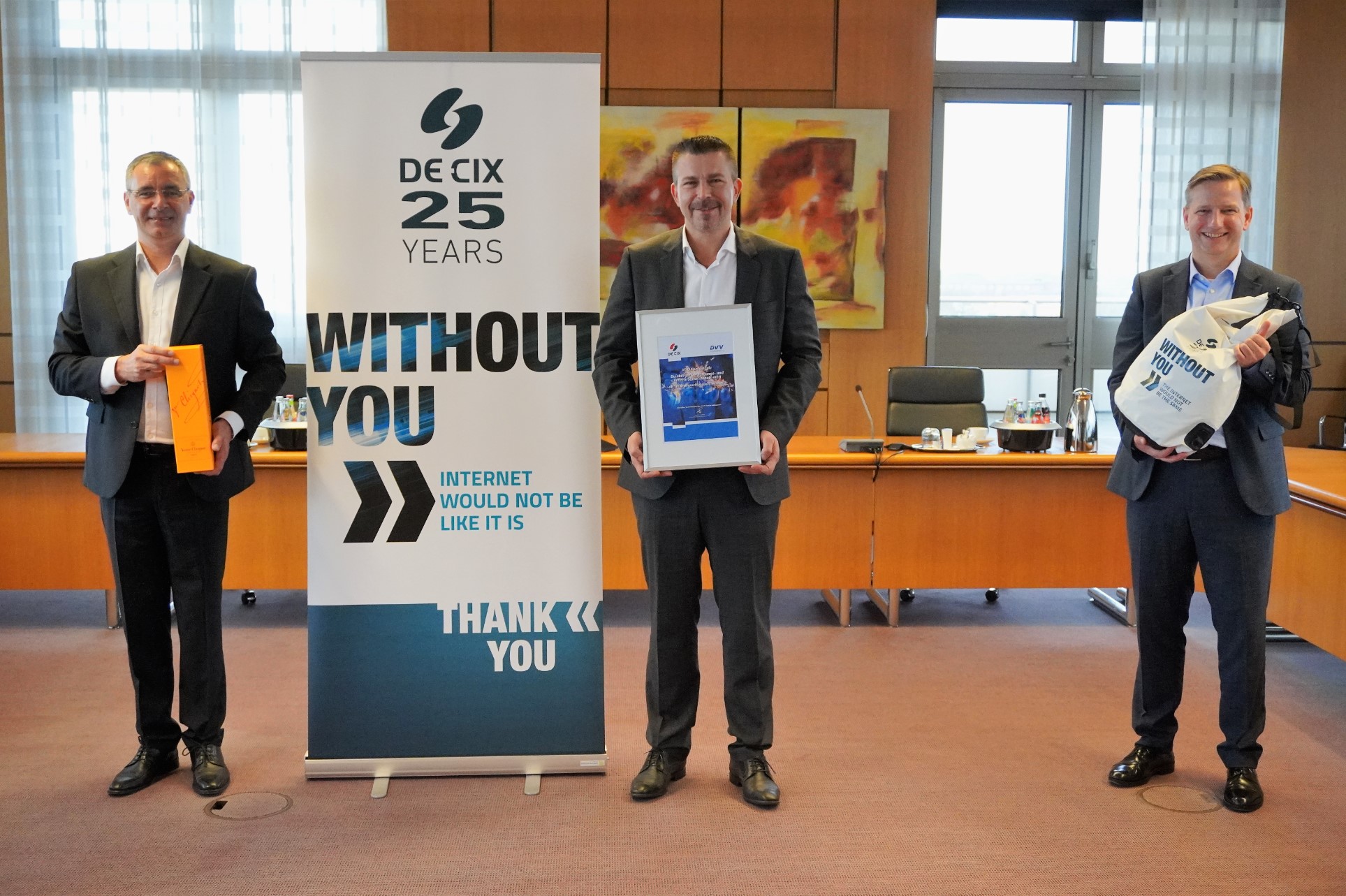 Harald Summa, CEO of DE-CIX, comments: “2020 is a year of milestones and records for DE-CIX. We are very pleased to now connect the 1000th customer to our Internet Exchange in Frankfurt. The past months have shown the importance of functioning, secure, and reliable digital infrastructures for all areas of life, the backbone of which is DE-CIX. While our Internet Exchanges at the various DE-CIX locations get physically closer and closer to users, we continue to develop more and more regions worldwide and build new locations. In the spirit of “glocalization”, the DE-CIX Interconnection ecosystem is becoming closely-meshed and increasingly covering whole areas and regions.”

Stefan Soldat, who is responsible for all IT units within the DVV, adds: “As an infrastructure service provider, we are not only responsible for the supply of electricity, heat, water, and mobility. In this age of digitalization, DVV is also responsible for the expansion of the fiber-optic network and for the operation of data centers. We create added value for our customers and the residents of the city of Duisburg. By connecting to DE-CIX, we have reached an important milestone in our digitalization roadmap.”

25 years of Internet history “Made in Frankfurt”

DE-CIX (German Commercial Internet Exchange) was born in 1995 in the old post office building in the Gutleut quarter of the Main metropolis, when three Internet service providers – MAZ from Hamburg, EUnet from Dortmund, and XLink from Karlsruhe – joined forces. The aim was to promote global digital networking and establish efficient and cost-neutral data exchange via Internet Exchanges. Today, DE-CIX is an important part of the global Internet infrastructure, with over 25 locations in Europe, the Middle East, Asia, and North America.

DE-CIX is one of the world’s leading operators of Internet Exchanges, and this year is celebrating its 25th anniversary. Taken into operation in 1995, DE-CIX in Frankfurt, Germany, with a data throughput of more than 10 Terabits per second (Tbps) and over 1000 connected networks, is one of the largest Internet Exchanges in the world. In total, in its 25 locations in Europe, the Near East, Asia, and North America, DE-CIX provides over 2100 network operators, Internet service providers (ISPs), and content providers from more than 100 countries with peering and interconnection services. The connected customer capacity of all DE-CIX locations worldwide exceeds 65 Terabits. Further information at www.de-cix.net.