Frankfurt am Main, 6 February 2020. A Frankfurt success model turns 25. The world’s leading Internet Exchange operator DE-CIX celebrates a quarter of a century of Internet history “Made in Germany” this year. 1995 heralded the birth of DE-CIX (German Commercial Internet Exchange) in the old post office in the Gutleut quarter of Frankfurt. This was the moment when three Internet service providers – MAZ from Hamburg, EUnet from Dortmund, and XLink from Karlsruhe – connected their networks. The aim was to promote global digital interconnection and establish efficient and cost-neutral data exchange via Internet Exchanges. Today, DE-CIX – with over 20 locations in Europe, the Middle East, Asia, and North America – is an important element of the global interconnection infrastructure, and  DE-CIX Frankfurt is the largest Internet exchange in the world. 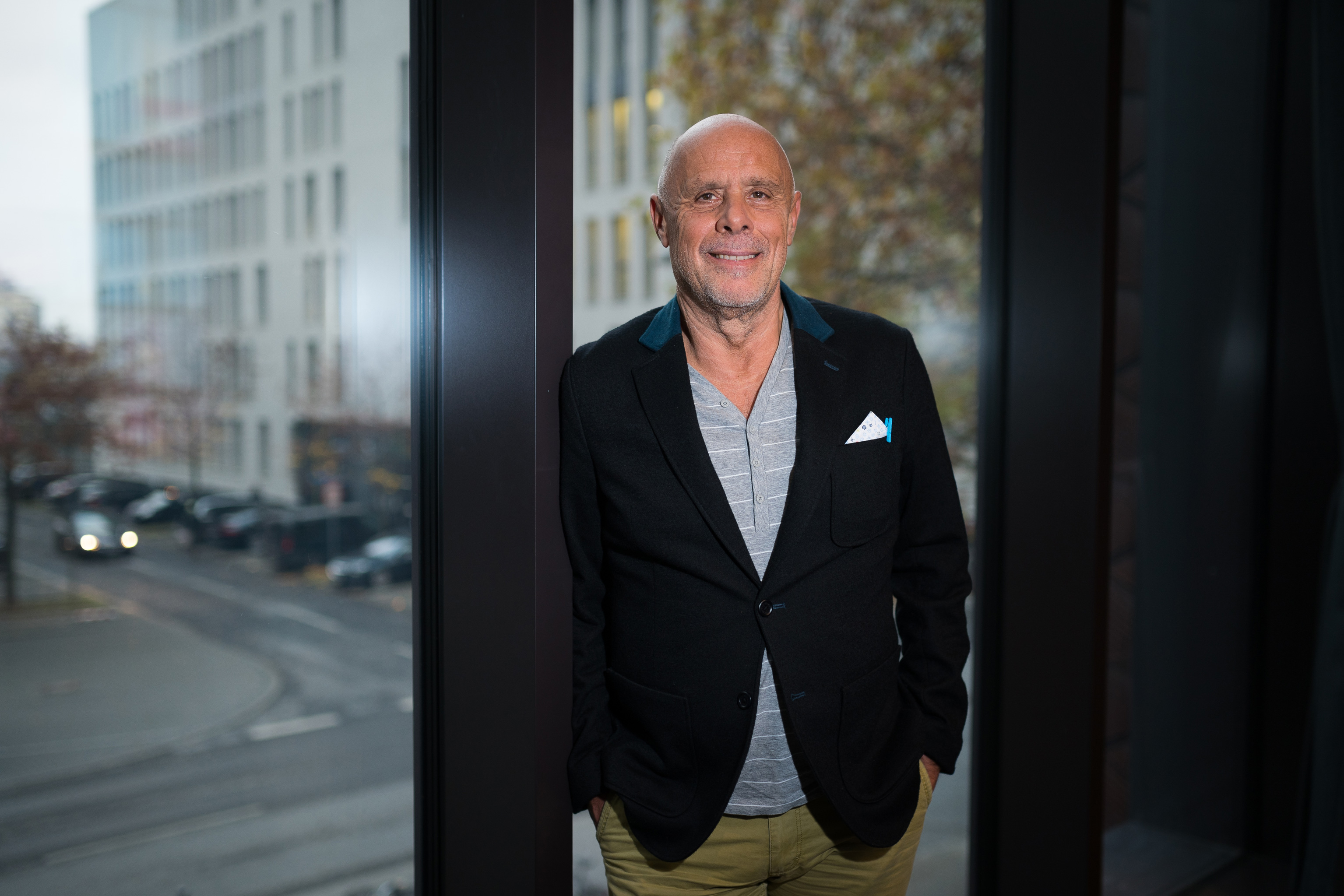 “Back in 1995, Frankfurt was already the telecommunications capital of Germany, and in the meantime it has developed into Europe’s largest Internet hub. In the mid-nineties, data streams between different providers had to cross the Atlantic twice – even if the sender and recipient were actually only a few kilometers apart. With the idea of the interconnection of networks, we were dead right. DE-CIX was in the right place at the right time, because high-speed information exchange was exactly what we could offer our customers. It heralded the birth of a world-wide success model,” DE-CIX CEO Harald A. Summa recalls the early days.

From then until today: Technical innovations during live operations 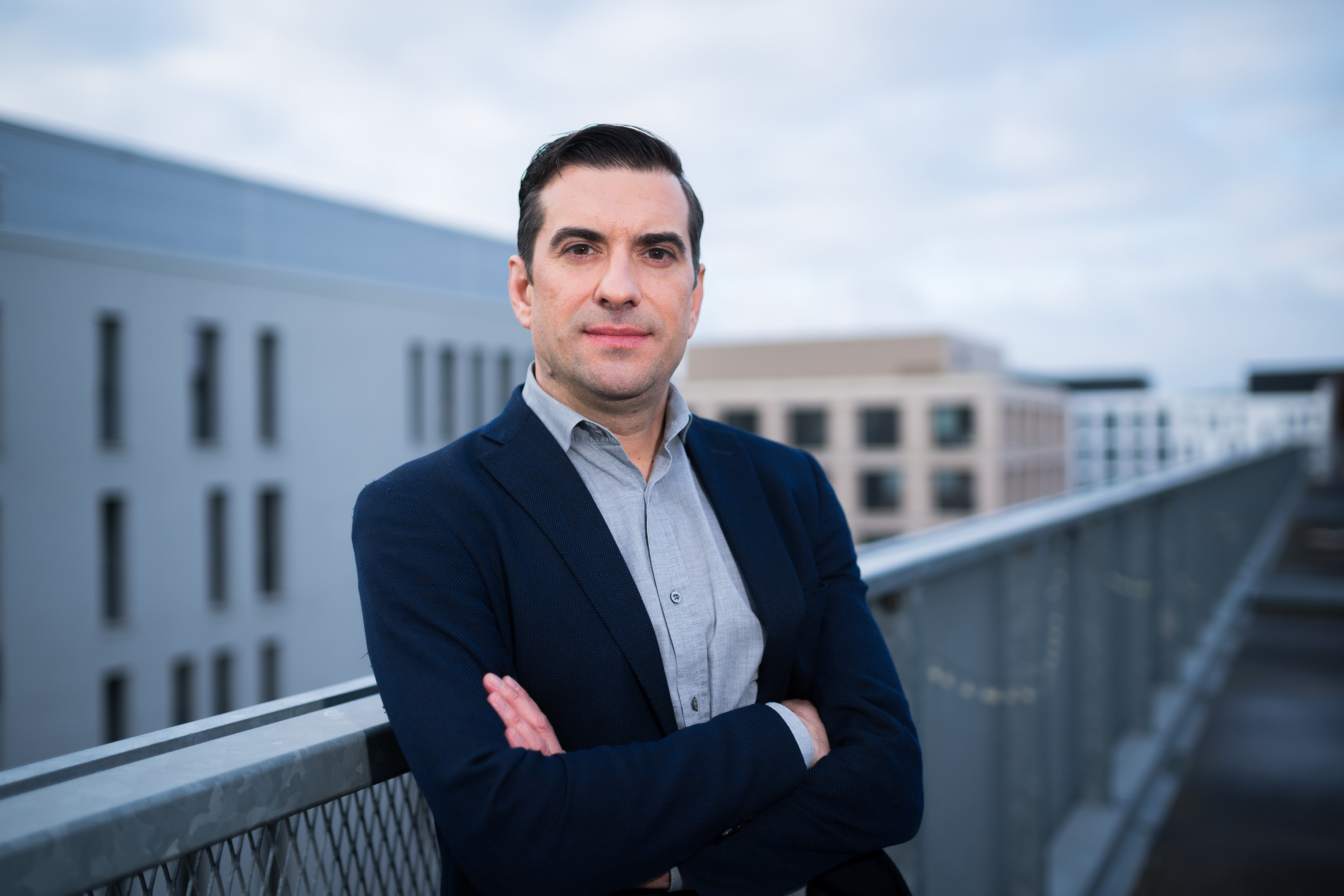 The technological progress at DE-CIX can be seen, among other things, in the development of the speed of data transmission. 25 years ago, the standard connection to DE-CIX was still 10 Mbit/s via Ethernet. Today, this has increased by a factor of ten thousand to 100 Gbit/s, and thanks to the DE-CIX Apollon platform up to 400 Gbit/s is even possible today in DE-CIX in Frankfurt. Today, DE-CIX in Frankfurt achieves peaks of up to 8.1 Terabits per second data throughput. There is no Internet Exchange (IX) in the world where more data is exchanged.

In the meantime, DE-CIX uses patch robots in the data centers in order to connect customers. One initial success story for these robots – to date the only ones of their kind in the world – was the largest migration in the company’s history. “In 2018, we achieved an important milestone with the new location in the Kleyerstrasse Campus in Frankfurt,” Harald Summa reports. “It was an enormous migration of over 450 customers during live operations – equivalent to open-heart surgery”. Through the use of the robots, a port can be provisioned in just a few minutes, without the need for a technician to actually be physically present. During the migration, a total of more than 15 kilometers of fiber-optic cable were laid.

In parallel to the expansion of DE-CIX in Frankfurt to further locations and the expansion of further Internet Exchanges in Germany, DE-CIX opened its first international Internet Exchange, UAE-IX in Dubai, in 2012. With that, the starting gun was fired for rapid expansion, which experienced another highlight in 2015 with the setting up of DE-CIX New York. “We brought our trailblazing model into the US market filled with motivation and passion. The fact that today we are already the largest neutral Internet Exchange in the New York metropolitan region has exceeded our expectations,” Ivo A. Ivanov, CEO DE-CIX International, reminisces. The international expansion continued in 2016 with DE-CIX Madrid, the fastest-growing IX in the world. With the opening of interconnection hubs in Mumbai, Chennai, Kolkata, and Delhi, the company enjoyed an exceptionally successful entry into the Indian market in 2018, followed in 2019 by entering South East Asia, with DE-CIX Malaysia. Today, DE-CIX operates more than 20 IXs in Europe, the Middle East, India, South East Asia, and North America, with close to 1900 connected networks from over 100 countries.

The Digital Triangle: 5G, artificial intelligence and IoT as drivers of digitalization

As a result of the continuing digital transformation of companies, the migration of data and processing workloads to the cloud, streaming content in higher and higher resolution, and new technology areas like 5G, artificial intelligence, and the Internet of Things, data traffic is currently growing massively. What is especially important for future-oriented technologies is the lowest possible latency, and having the data close to the customer. “Here, it is more about quality than volume. The more local the set-up, the shorter the data packet transit times are. Our goal is to further improve the Internet ecosystem, and to simplify access to it,” says Ivo A. Ivanov.

DE-CIX is working on the development of solutions based on the consideration of the three key factors 5G, AI and IoT. “Software-defined Internet Exchanges may well be a solution not only to fulfill these requirements efficiently and rapidly, but also to enable fast and inexpensive expansion of the interconnection sector with less dependency on hardware. Software-defined infrastructures will also bring more growth and encourage greater productivity. The DE-CIX success story will continue,” Ivanov concludes.

Detailed content relating to DE-CIX’s first 25 years can be found on the anniversary website. The content is presented with the support of our partners Interxion, Angola Cables, Axians, Nokia, Itenos and Telemaxx.

A selection of the biggest moments in the history of DE-CIX and the Internet can be found here.

DE-CIX is the world’s leading Internet Exchange operator and will celebrate its 25th anniversary this year. Having started operations in 1995, DE-CIX in Frankfurt am Main is the Internet Exchange (IX) with the world’s highest data throughput at peak times, at more than 8.1 Terabits per second (Tbps). Its technical infrastructure has a total capacity of 48 Terabits.

In total, DE-CIX serves close to 1900 network operators, Internet service providers (ISPs), and content providers from more than 100 countries with peering and interconnection services at its more than 20 locations in Europe, the Middle East, Asia, and North America. Further information at www.de-cix.net