Frankfurt/Main, 6 December 2018 – Sebastian Seifert (43) is Chief Financial Officer (CFO) of the DE-CIX Group AG, a role he took on at the beginning of December. A graduate of business studies, his previous roles have included CFO for the IT service provider SEVEN PRINCIPLES AG, and most recently, CFO of Reflex, a paper manufacturer from Düren. Sebastian Seifert augments the Management Board, made up of Harald A. Summa (CEO) and Ivo Ivanov (COO). The company announced in October that all national and international DE-CIX activities, companies, and investments would be consolidated under the one roof of the DE-CIX Group AG. 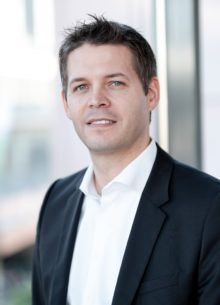 “We are pleased to have been able to attract such an experienced financial expert as Sebastian Seifert to become board member finance. With the establishment of the DE-CIX Group AG, we have just recently laid the structural and legal foundations for a new phase of company growth. Sebastian Seifert is therefore an ideal fit for the DE-CIX growth strategy and for our national and international ambitions and goals,” says Felix Höger, Chair of the DE-CIX Group AG Supervisory Board.

DE-CIX operates 15 Internet Exchanges worldwide in key markets like Europe, North America, India, and the Near East. DE-CIX in Frankfurt is the world’s leading Internet Exchange, with record data traffic of more than 6.7 terabits per second (Tbps).