WASHINGTON, D.C. – INCOMPAS, the internet and competitive networks association, announced today that it is changing its event format starting in 2018, moving The INCOMPAS Show to once a year in the Fall. In addition, the association will expand its popular INCOMPAS Policy Summit in the Nation’s Capitol to include educational sessions that address policy implications for business and other elements from the traditional Spring INCOMPAS Show. 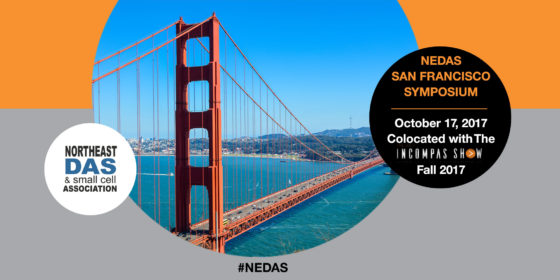 “INCOMPAS is bringing together Internet and communications companies from across the country to foster stronger business relationships and policy advocacy with these changes to our events,” said INCOMPAS CEO Chip Pickering. “By hosting our annual trade show each Fall in San Francisco, and enhancing the educational content at the Spring Policy Summit, we are giving our members, as well as their partners, customers and prospects, the chance to optimize their time, as well as marketing and travel budgets. In addition, it has become increasingly important for our members, leading wired and wireless network, infrastructure and internet content companies to come to Washington, D.C., and advocate for pro-competition and innovation policies that create jobs.”

As the INCOMPAS membership has evolved to include a broad array of internet, streaming, content, communications, network and technology companies that need access to open, competitive markets, it became clear that they would benefit from a single, anchor trade show that offered industry-leading keynotes, a robust agenda featuring both business and policy panels and workshops, an active trade show and numerous opportunities for networking and hosting meetings.

“Our membership and show attendees have asked for a single, targeted show once a year, and INCOMPAS is listening,” said Deborah Ward, CEO of TSI and chairwoman of the INCOMPAS board. “We are excited to return to San Francisco and bring together buyers and sellers to explore lucrative business opportunities, and deliver a high-quality agenda that will keep everyone informed about the latest policy and technology trends impacting their companies.”

The INCOMPAS Show: Fall 2017 will take place October 15-17 at the Marriott Marquis San Francisco. The show will offer many new features and partnerships, including:

The 2018 INCOMPAS Policy Summit will take place in February at the Newseum, in Washington, D.C. Now in its fourth year, The INCOMPAS Policy Summit offers attendees a unique opportunity to hear from policymakers and lawmakers, and meet with key representatives on Capitol Hill and at the Federal Communications Commission.

For more information on exhibits or sponsorships at The INCOMPAS Show: Fall 2017 featuring the NEDAS Symposium in San Francisco, email Samantha Edidin or call 312-673-5685. For additional details about The INCOMPAS Policy Summit, email Jenny Gilbert or call 202-296-6650.

INCOMPAS, the internet and competitive networks association, is the leading trade association advocating for competition policy across all networks. INCOMPAS represents internet, streaming, communications and technology companies large and small, advocating for laws and policies that promote competition, innovation and economic development. Learn more at www.incompas.org or follow us on Twitter @INCOMPAS.