DUBLIN – 26 July 2018 – Host in Ireland, a strategic global initiative created to increase awareness of the benefits of hosting digital assets in Ireland, and winner of the Datacloud Europe 2016 award for Innovative Data Center Location, announces the release of its report, “Ireland’s Data Hosting Industry 2018 Q2 Update.”  According to the report, momentum in investment in Ireland’s data centre industry continues to grow with more than €1 billion of new projects announced over the past three months. The research study, created by Host in Ireland in collaboration with Bitpower, builds on the baseline set out in the 2017 report, addressing the sustainability of the Irish data industry. 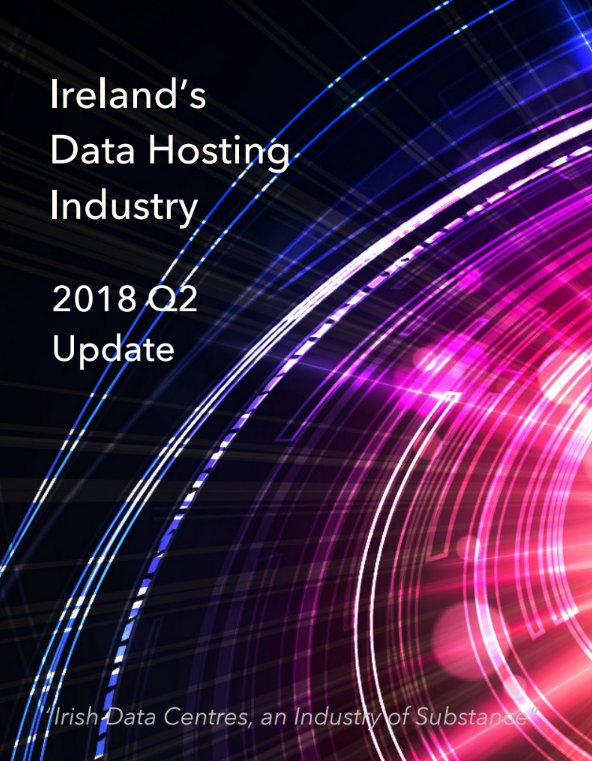 With Apple’s decision not to progress with its €850 million data centre investment in Athenry, County Galway, Ireland, there was concern that the impact of the decision would affect Ireland’s ability to attract continued investment in data centres. However, the 2018 Q2 Update report indicates that 10 new data halls were announced between April and June 2018, and that in total more than €1 billion will be spent in the construction and operation of the facilities with an initial €500m being spent over the next three years. Additionally, eight new data centres are in construction with a further 12 having received planning permission. Moreover, data centres in Ireland have employed 5,700 people in full-time positions between construction and operational roles while generating €1.6 billion direct and €2.6 billion in indirect economic benefits to Ireland since 2010.

“Ireland’s contribution to the global data centre industry continues to grow with demand increasing for Irish companies, skills and expertise to lead projects across the U.S., Europe and Asia cementing our position as a global industry player,” explains Garry Connolly, Founder and CEO, Host in Ireland.  “As the Ireland Data Hosting 2018 Q2 report shows, Ireland remains attractive as a country at the forefront of an industry that is building modern digital infrastructure, and data hosting has evolved to become one of the pillars for attracting foreign direct investment into the country.”

To learn more about Host in Ireland, visit www.hostinireland.com.

About Host in Ireland

Host in Ireland, winner of the Datacloud Europe 2016 award for Innovative Data Center Location, is an industry-led marketing initiative that provides timely and accurate information about Ireland’s digital asset hosting ecosystem at all times including demonstrating why Ireland is more cost-effective, efficient, reliable, secure and accessible than most other regions across the EU.  There’s a reason companies like Microsoft, Zendesk, Facebook, Twitter, Amazon, Adobe and beyond have sought to host their solutions in as well as to/from Ireland.  Many of these reasons are immediately realized due to access to affordable power, redundant network and bandwidth capacity along with a variety of data center providers that offer an array of services sustained by the “5 Ps”: Policy, People, Pedigree, Pipes, and Power.  On top of that is a very attractive business management structure, implemented by Ireland, which is keenly interested to bring new businesses into the market.  Ireland supports this initiative through its pro-business approach, attractive corporate tax and fiscal structures, common law based legal system, continued investment in off-Island fiber cables to the U.S. and Europe, financial support for data centre energy efficiency, and access to a skilled native English-speaking workforce – ensuring data asset compliance for companies large and small.  For more information about Host in Ireland, visit www.hostinireland.com.