Frankfurt am Main (Germany), Lisbon (Portugal), 7 October 2019. DE-CIX Lisbon finds itself in an excellent position just half a year after its inception in April. More than 20 customers have chosen the Portuguese capital as their peering entry door to the DE-CIX interconnection ecosystem. In addition, DE-CIX has recently launched its GlobePEER Remote service in Lisbon. This specific DE-CIX interconnection service not only offers direct access to DE-CIX in Frankfurt, the world’s leading Internet Exchange by peak traffic. It also opens the door to the world’s largest interconnection ecosystem. DE-CIX Lisbon customers can use their existing access to peer remotely at other DE-CIX locations. As of today, the DE-CIX platforms in Frankfurt, Hamburg, Munich, Dusseldorf, New York, Madrid, Marseille, Palermo, and Istanbul are interconnected, offering access to thousands of networks from all continents. 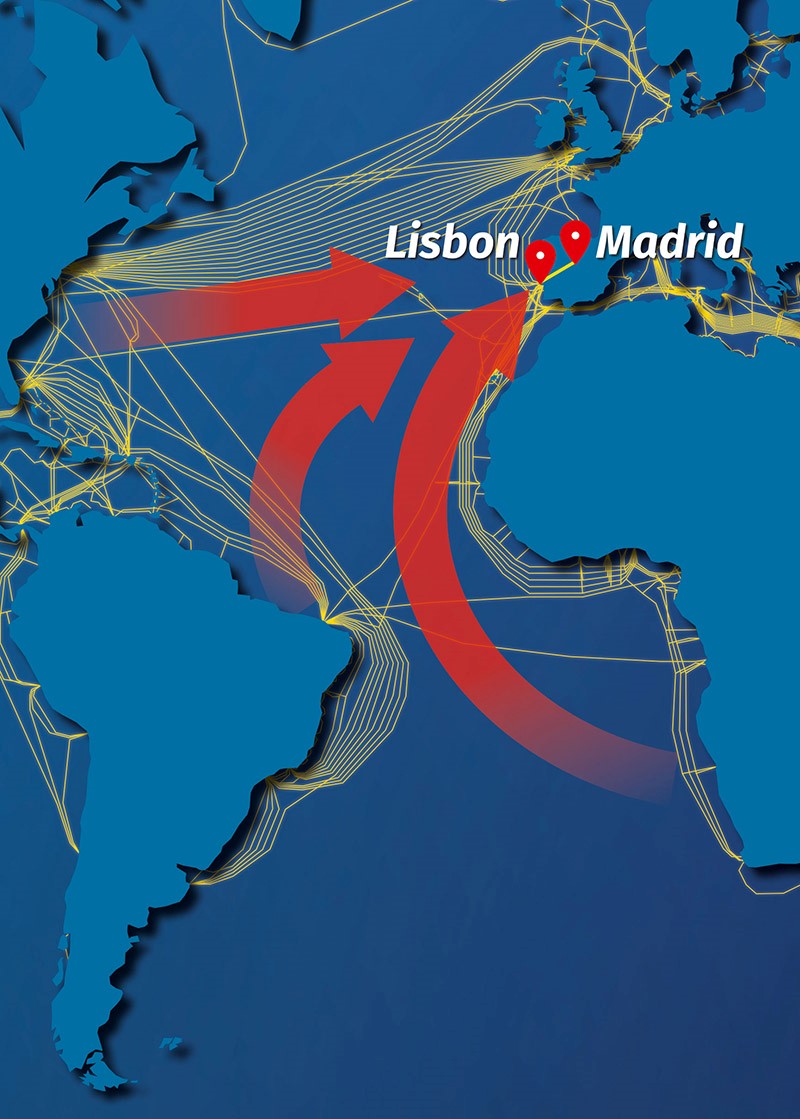 “DE-CIX has had a very powerful start in Portugal. As predicted, we are seeing a lot of positive feedback from the West African region, creating a new gateway for them to the Iberian Peninsula and so to Europe. Instead of using a more northern routing, they can now access Europe faster, improving their network quality, saving costs, and most importantly, reducing latency in comparison to connecting into London. Customers can decrease latency by at least 30 milliseconds round trip time (RTT), which leads to a highly noticeable improvement of the user experience,” says Theresa Bobis – Regional Director South Europe at DE-CIX. “We are expecting a much bigger growth in networks and data traffic at DE-CIX Lisbon in the near future, with more and more networks from South America also interconnecting in Lisbon,” adds Theresa Bobis.

DE-CIX operates Internet Exchanges in 18 metropolitan regions around the globe. DE-CIX Frankfurt is the world’s leading Internet Exchange with a peak traffic of more than 7 terabits per second (Tbps).

Launched initially between Frankfurt and New York, the GlobePEER Remote Service was then progressively expanded to include further locations, resulting in accelerating growth for the service and a fourfold increase in customer demand in the past year.

More information regarding GlobePEER Remote can be found here.

DE-CIX is the world’s leading Internet Exchange operator. Having started operations in 1995, DE-CIX in Frankfurt am Main is the Internet Exchange (IX) with the world’s highest data throughput at peak times, at more than 7.5 Terabits per second (Tbps). Its technical infrastructure has a total capacity of 48 Terabits.

In total, DE-CIX serves over 1700 network operators, Internet service providers (ISPs), and content providers from more than 100 countries with peering and interconnection services at its 18 locations in Europe, the Middle East, India, and North America. Further information at www.de-cix.net