COLUMBIA, MISSOURI — January 8, 2020 — Bluebird Network, a provider of fiber transport and internet services and an underground data center owner, announces the promotion of Elliott Gillespie and Doug Zerr to Vice President of Operations and Vice President of Engineering respectively. Gillespie will be managing Field Operations, including customer installations, maintenance, and customer support. He will also manage Bluebird’s NOC (Network Operation Center), including Change Management and SLA Reporting, Network Planning and Architecture, and will lead Bluebird’s IT department and the Bluebird Underground Data Center. Zerr will play a key role in the strategic direction of Bluebird, overseeing all aspects of Central Office Engineering, Service Provisioning, Service Delivery, and Fiber Plant Engineering. 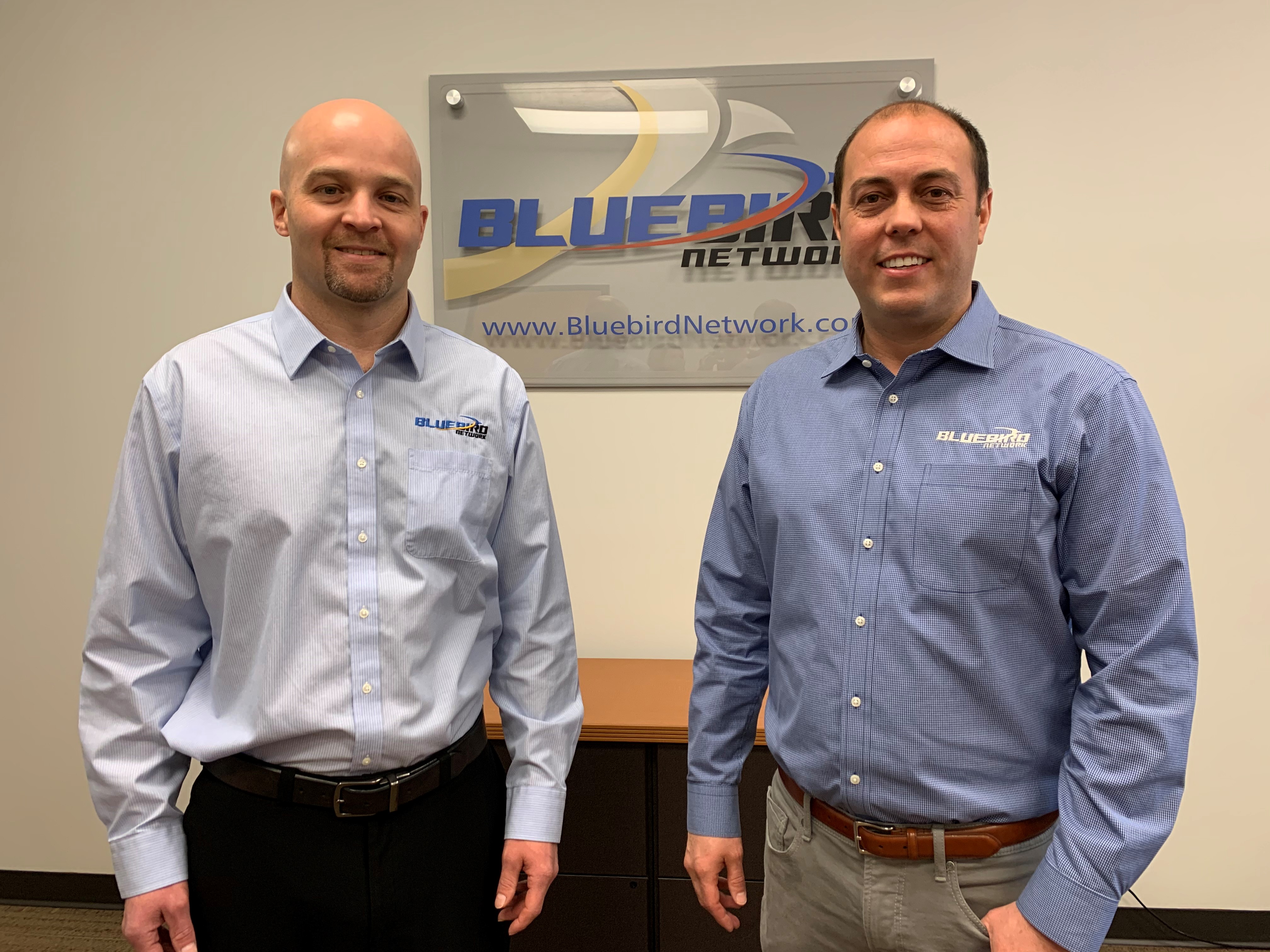 Both Gillespie and Zerr have extensive history working in the telecommunications industry, both with degrees in Communication Technology. Gillespie began at Bluebird as an Operations Technician in 2007 and was subsequently promoted to Lead Technician, Operations Director, and now Operations Vice President. Zerr has been employed at Bluebird for 10+ years, beginning as a Network Engineer and receiving promotions to Implementation Engineer, Director of Network Engineering, and now Vice President of Engineering.

“Bluebird always strives to promote from within,” said Michael Morey, President and CEO of Bluebird Network. “Both Elliott and Doug have been fantastic employees for over a decade. Elliott exemplifies the potential to advance within the company through a combination of hard work, the pursuit of excellence, and the professional demeanor required in a position of leadership. Doug has a broad range of experience and skills that have been instrumental to the success of Bluebird throughout his years of service. His proven leadership, capacity for knowledge, good judgment, and attention to detail made his promotion an easy decision. We’re grateful to have them as the company launches into an exciting phase of growth, the success of which will depend upon the contribution and collaboration of us all.”

Since 1999, Bluebird Network, headquartered in Columbia, Missouri, has provided internet and fiber transport services to Carriers and Enterprises in Missouri, Illinois and the surrounding states. In 2014, an underground data center was acquired, adding the Bluebird Underground Data Center facility to the Bluebird suite of services. Bluebird now has over 9,300 fiber route miles of high-speed broadband and fiber-optic connections with over 151 Points of Presence (POP) sites spanning the Midwest, including the major cities of Chicago, St. Louis, Kansas City, Springfield (MO and IL), Tulsa, Peoria, Rockford, Bloomington, Normal and the Quad Cities. To learn more, please visit Bluebirdnetwork.com and follow us on LinkedIn, Facebook, and Twitter.